Wireless Collaboration at office – The Pros and Cons

Wireless Collaboration at office – The Pros and Cons

Internet is nothing but a network that is spread across the globe. Millions of the computers and gadgets are connected to this network and this enables people to share information with each other and to work together even though they are separated by large distances.

Just like the internet, networks can be established in different places like offices and schools. If all the computers used in a particular office is connected together as a network. Then this is called office network. And these days this connected needs no wires. A router can establish a WiFi connection between the different computers. 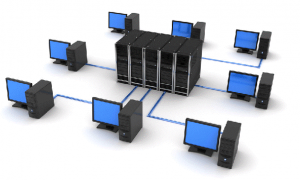 The most important pro is that all the employees would be able to work together with each other with ease. Sharing information would be quite simple because there would be no need for flash drives and other data transferring mechanisms.

When it comes to the cons the most problematic one is the maintenance. This is because if the network is down even for a small interval of time, it would result in a large loss to the office. So the network should be up and running at all times. Another thing is that there should proper security protocols or else there would be no security for the data that is being stored in the servers and computers on the network.