A Quality Security and Surveillance System Will Protect Your Business

A Quality Security and Surveillance System Will Protect Your Business

What would be the most important thing to consider when you are running an office or a business? The answer to this question is the security factor. No business or company would be efficient if the employees and infrastructure are not safe and secure at all times. The conventional method was to employee security personnel in order to take care of the security. But due to many inefficiencies in the system, this got replaced by a quality smart surveillance systems. And the basic components of these systems include CCTV cameras and a centralised control center. 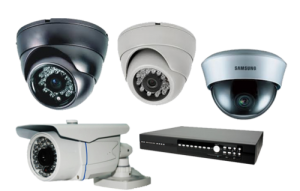 The system that is cost effective

When it comes to amount of money that should be spend for ensuring that security, care must be taken to find the most feasible system. And the system that uses CCTV cameras and sensors is the most cost effective one available. In the case of conventional systems, a lot of money would be required to pay the salaries of the various security personnel. If surveillance cameras are used, then the number of security personnel can be reduced. Even a couple of people would be able to look after an entire building.

Conventional security systems would have numerous loop holes. For example, the security personnel would not be able to look after each nook and corner, and hence there are chances for an intruder to enter without the people on patrol noticing. But this cannot happen if there are surveillance cameras covering every place in the office. Another advantage is that the person in command would be able to lock down the entire building in case of an emergency.