Running a business is something that is very tricky. This is also the case with running an office. There are various different places where things can go wrong and hence the people at the top would have to be very cautious. One of the most important fields is the security of the place. No office would look good if a robbery or a crime takes place there. Hence the security system should be top notch. Hence the most modern surveillance equipment needs to be installed in the premises. 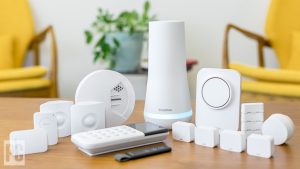 The CCTV network:
The conventional method of appointed security personnel to keep an eye on the premise is not a very good idea because patrolling the premises would have a large number of blind time slots for an unfavourable thing to occur. But if the entire office is under the surveillance of cameras, then there would be no blind times. Also the CCTV network would be able to store the footage for quite some time and hence if something bad happens, then the footage can be retrieved and checked. It can be even used as evidence.

Sensors and a centralized system:

Once the office is locked down after the working hours, then the sensors can be activated. These would alert the officials if a breach occurs to the security in the office. Also there would be alarms and other alert mechanisms to make sure that once an intruder gets in, the officials know. The number of surveillance personnel can be reduced by a large number because a couple of guards would be able to monitor the live feed from all the different CCTV cameras.