Automation is something that is creeping up into all the different fields. The more automation a system becomes, the more accurate it would be. Also the need for human labour would be avoided and hence the total costs associated with the system would reduce drastically. In fact, the costs of these systems have reduced by a large factor, thanks to the advancements in the science and technology. The durability and quality of the automation systems available today are far better when compared to the systems in the past. Some of the affordable suggestions when it comes to home automation are: 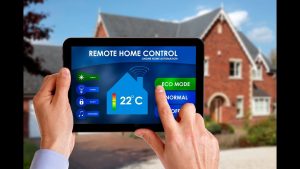 Every light in the house would be tethered together and on to a central control system. This would enable the residents to control the lights from different parts of the house quite effectively. The control can also be done from the residents’ smart phones.

Also there would be different sensors and processors that would know if a person enters and leaves a particular room. This would further improve the capability of the system by enabling it to switch the lights off when they are not required by any person. This saves a lot of electricity.

Safety is of at most important when it comes to a person residence. And hence having a security system in place is something that cannot be avoided. An automated security system would have CCTV cameras and also a network of sensors and alarms. Even if the residents are away on a trip, the system would inform them if a breach to the security happens via messages on the phone. Also alerts to the local security personnel would also be sent.