Home automation is something that has developed by leaps and bounds in the past decade. The credit for this development goes to the advancements in the fields of science and technology. One of the most important changes is that the cost of these system have come down by a large factor. Also the durability has increased and the requirement for maintenance has reduced as well. And one of the most important technologies used in home automation is networking. The automation only occurs when the different electronic systems in the house are able to communicate with each other. 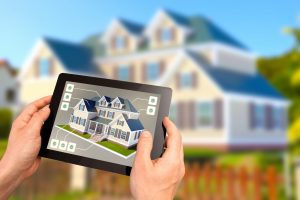 The network should be of enough speed capability

The electronic systems would have to communicate with each other and this should be quite fast. You would require the entire system to respond to your command as soon as you make it. There shouldn’t be any lag between the command and the response.

So ensure that the network established for the home automation is quite fast. The best method is to set up a separate network that is completely dedicated for this purpose. So no other communication would eat up the speed of the network.

These days, the home automation systems have become quite diverse that they are capable of receiving commands from devices via the internet. For example, you would be able to switch your AC on when you are on the way home. This can be done only if the home network is capable of connecting to the internet. This can be done if there is a broadband connection but the problem is safety. A connection to the net means vulnerability. Hence the local network should have enough protections schemes to keep unauthorized entries out.