Security is one of the most important things that need to be made sure of when it comes to an office or a community centre. All these places are bound to be filled with people and hence there are chances for huge problems if an intruder with bad intentions enters without authorisation. Conventional security systems might not be always effective. Hence the present surveillance and security systems use CCTV cameras, sensors and remotely controllable locks. 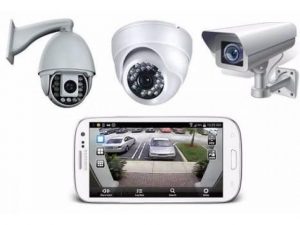 Upgrade your surveillance scheme and save a lot of money

When it comes to new surveillance schemes, CCTV cameras would be used to keep an eye on the various places in the building. Earlier, people had to go on patrols to ensure security. Hence by adopting the new scheme you would be able to reduce the costs by a large factor. One way is that the number of surveillance personnel can be cut down by a huge factor. Even two people would be enough in order to keep an eye on the entire building. It is true that the initial investment is quite a bit but in fact the returns would be affordable on the long run.

One other advantage when it comes to the modern surveillance systems, is that all of the building can be controlled from a central location. For example, if an intruder enters the place, the security personnel would be able to lock down the entire building if required. Also the feeds from the various cameras would be taken to the central control zone. This is also the case with all the sensors. When one sensor detects movement, then the officers at the central control zone would be alerted.