Automation is something that would make your house better in a lot of different ways. It would certainly make your house easier to live in by increasing the convenience. Also there would be very less energy wastage and hence you can say that the house would become more green.

Earlier these automation systems were not quite popular and the reasons were numerous. Some of these reasons were that they were not quite effective and also the initial costs were very high. Another disadvantage was that they frequently required maintenance which further added to the running costs. But these days, the costs have come down by a large factor and hence even the middle class can afford these systems. 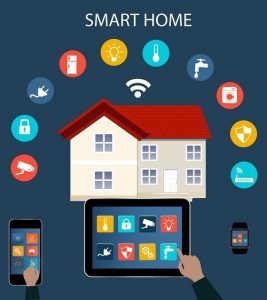 Save a lot of energy:

The most important advantage is that the energy usage would be reduced. Also a lot of wastage of energy in terms of electricity usage can be cut down. Systems like automatic lighting controls are quite capable as far as energy savings is concerned. The house would become an environment friendly building which is something that is very valuable these days.

The residents would need to be comfortable when they are in their own house. This can be enhanced by a large factor by installing automation systems in your house. For example, even aged people would be able to use all the lights and air conditioners if there is a simple controller that is wireless. Also every different system including the window blinds would be connected to the controller. If the system has internet connectivity then the controlling can be done from a smart phone or a computer.